Skip to content
American primitives are harder and harder to come by these days. The handmade furniture and everyday objects from 1700-1900, a time before manufacturing, were made with purpose and care and meant to last for years.
These kinds of items have been popular among collectors for their history, craftsmanship, and beautifully aged looked. Younger generations of collectors know less about this era, so here is a short run down on a few pieces in the shop to spur some interest!
Below is a collection of primitive objects found on the top floor of the shop.

Here is a nice collection of wood carving tools, mashers, mallets, muddlers and pestles. These were likely made by a farmer or craftsman for personal use or trade. Most primitive objects that were used in the house were made by the homeowner. These items would be passed down generationally until they were no longer usable. Most primitive American pieces have been well worn, creating a beautiful aged patina. 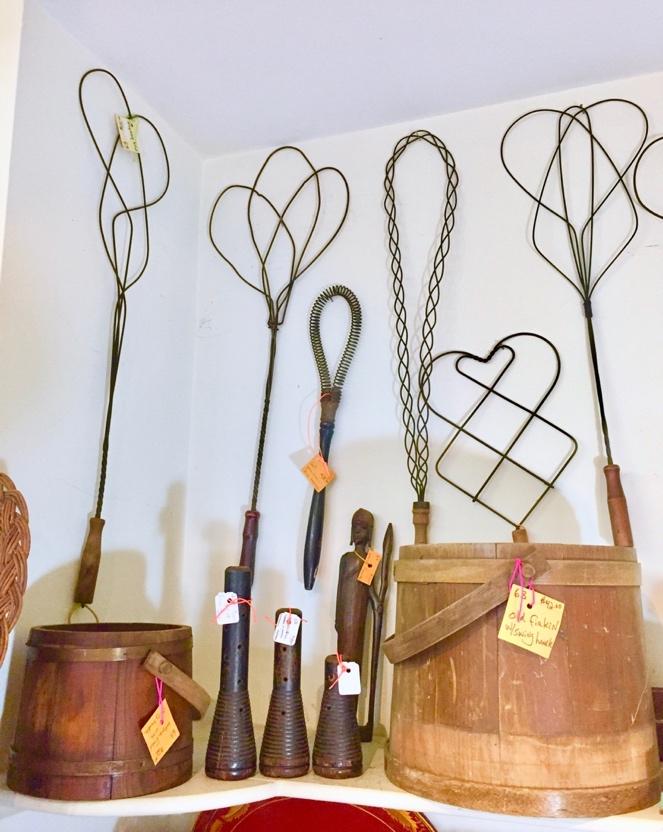 These timeless tools have proven to be mainstays in modern everyday activity; so, next time you’re vacuuming or making mashed potatoes try to imagine your ancestors using these tools, and think about how easy you’ve got it.