Skip to content
Sometimes the most mundane things can hold a lot of value. Everyday objects tend to hold a lot of sentimental value to many people, when those objects become obsolete or out of date they can become extremely valuable and worth a lot of money. When starting a collection, it’s always best to go with your heart, chances are if you love it someone else out there probably does as well. Here are ten things you might have never thought would get top dollar.
1. Guitars- Ok guitars aren’t that mundane, but they are often overlooked. Guitars that were made before 1960 can be worth thousands of dollars. But those can be hard to come by, usually a well-made guitar with hold its value and its function. So maybe that guitar you buy today might be worth something… someday. 2. Star Wars Memorabilia- This Darth Vader probably won’t fetch thousands of dollars. But if you are lucky enough to come by any memorabilia from the first movie, in 1978, you might get lucky, like the Boba Fett, from Star Wars: The Empire Strikes Back, that went for more than $27,000 at auction. 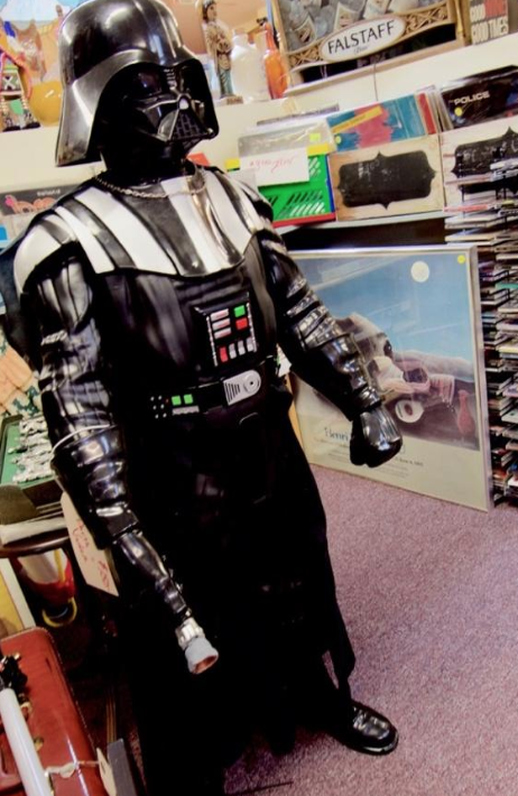 3. Record players- Talk about nostalgia, the record player is huge part of so many people, over 40, lives. Because they were so prominent before 1980 and are kind of antiquated today, there is still a huge cult following. If you are lucky enough to come across one that actually works, buy it because they just don’t make them like they used to anymore. 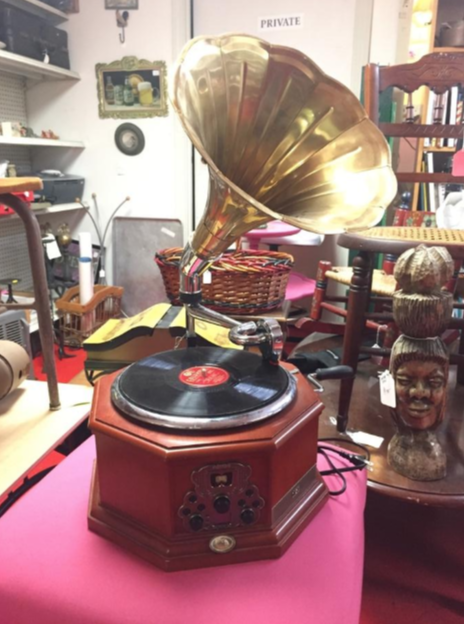 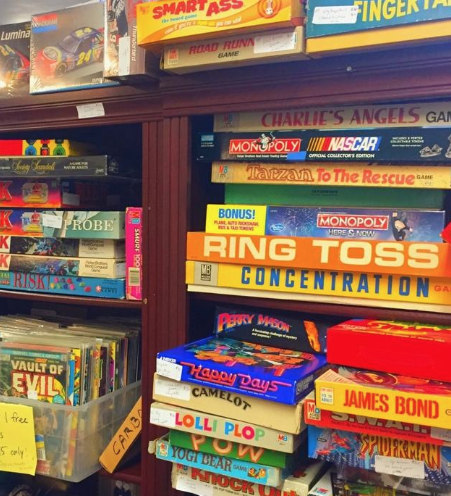 5. Comic Books- OK most of us know that rare comic books, from the silver age, can be highly collectable and worth several thousands of dollars. But did you know there are comic books from the 90s that are worth a couple thousand dollars? 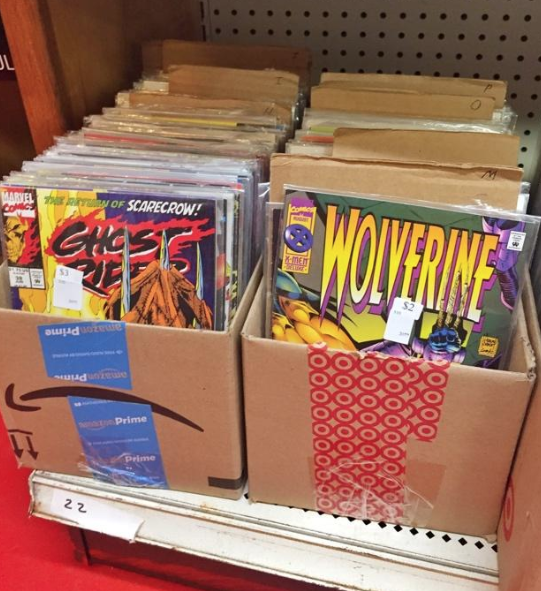 6. Vintage Costume Jewelry- All those fake pearls and plastic cuffs from the 1920s-1980s might have some value. Certain jewelry lines like, Renoir and Elsa Schiaparelli can garner a pretty penny these days. Even if they don’t have value, they sure are pretty. 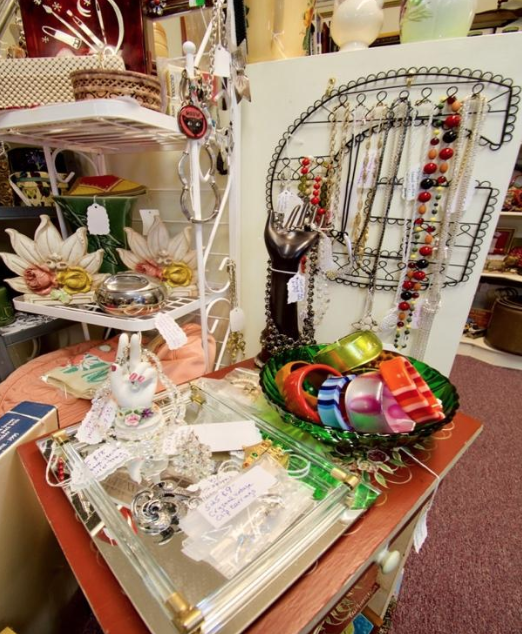 7. Vintage Luggage – A beautiful set like this could go for hundreds of dollars to the right collector. Color, material and preservation are all things to look for in a good collection of luggage. 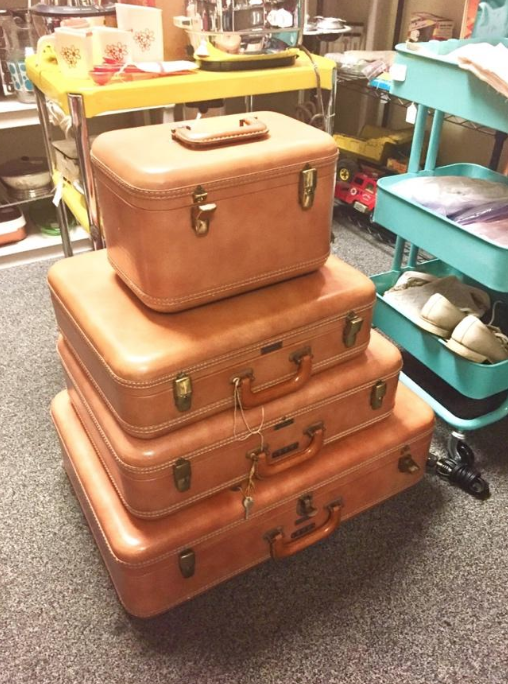 8. Lunch Boxes- Metal and plastic lunch boxes are long gone, now a days kids bring little cooler bags with them to school, void of any fun or substance. Which is why those who care, cherish a great vintage lunch box, for its pure pop culture nostalgia. 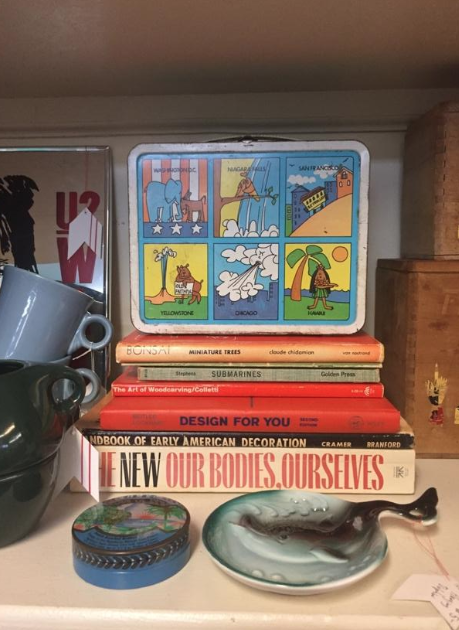 9. Old Advertisements- Some vintage signage and advertisements can go for astronomical prices. Depending on the subject matter and the condition, ads from newspapers, magazines, boxes, or signs can still score a few hundred dollars from the right buyer. 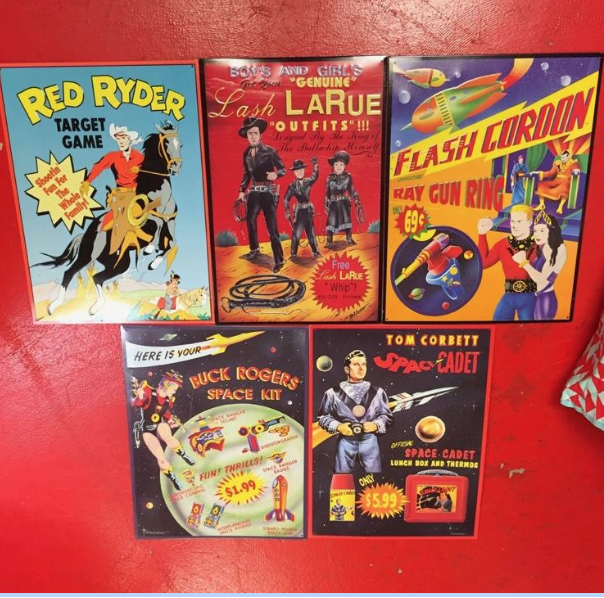 10. Typewriter- Unfortunately typewriters are a thing of the past, the precursor to computers, they are no longer needed. But they are still beloved by those who have used them in the past and those who wish to experience the tactile magic their literary heroes experienced. Depending on the make and color a great typewriter can go for hundreds of dollars.

Looking for these more items like these? Check out all of our retro and vintage goods at Nostalgia Antiques & Collectibles.
Written by guest blogger, Siri H.