Drinking sophisticated beer in a fancy glass is a normal thing these days. You can get a dry hopped lager in a thistle, or florally double IPA in a tulip pint, at most bars. Drinking beer has come a long way from its start in the 5th millennium BC in Iran, where it was being passed around in a bowl, sipped out of reed straws. 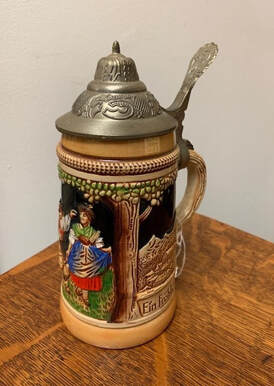 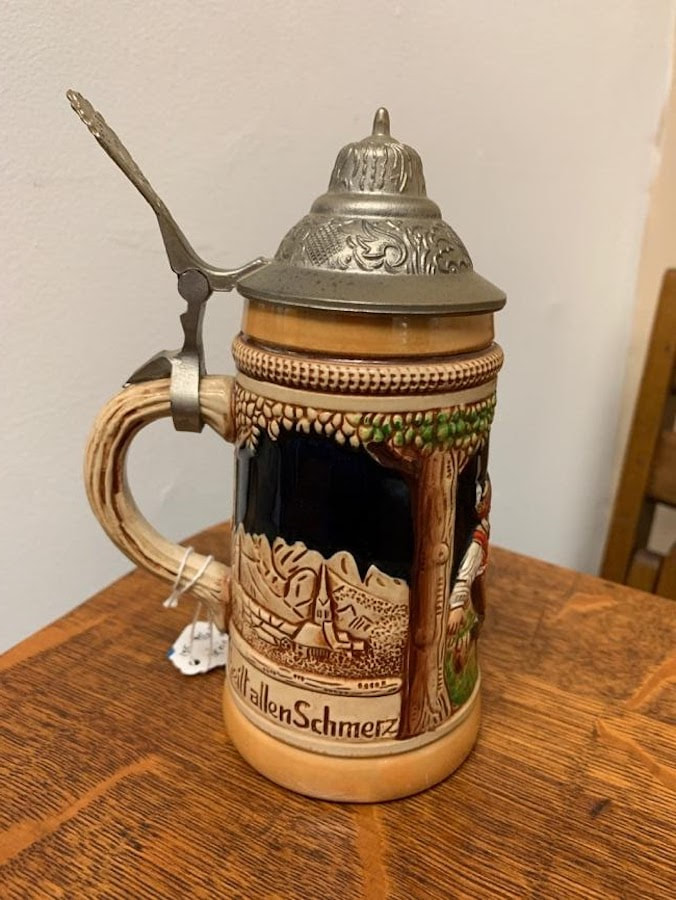 That style of drinking beer won’t be having a comeback anytime soon. There is one ancient style of beer drinking that could use a comeback, especially with the COVID-19 virus taking hold, the Stein! ​
​The Stein is an iconic German beer mug that has been around for centuries. In German, the word “Stein” does not mean beer mug, like most of us figured it would; it actually means stone. It has this name because the original mug was made from stoneware, which is a type of ceramic that has been baked at high temperatures.
​Steins can also be found made of pewter, porcelain, silver, glass and sometimes wood. The ones you’ll find today are usually some kind of ceramic stoneware. These mugs are topped with a hinged, metal (usually pewter) lid with a thumb lever. The lids usually have a conical shape and are sometimes engraved or designed. The Steins usually come in half liter or full liter.
They can be decorated, historically they might have a coat of arms, or a specific design to indicate a family or beer hall. Today they are mostly just decorative without any deeper meaning, although some beer halls and bars have ones made specific to their brand. ​ 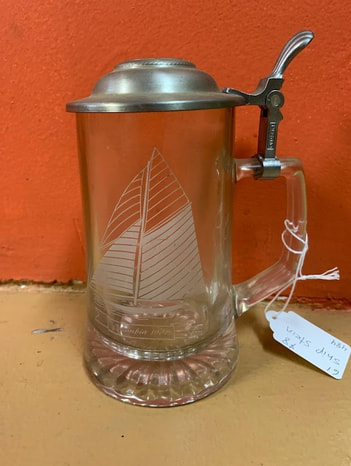 The lid of the stein is what sets this beer drinking vessel apart, and for a good reason. The historical significance of the lid dates back to the 14th century, in Germany where the Black Plague had been wreaking havoc all over Europe, killing tens of millions of people. After the plague had taken its course, Germany and most of Europe was infested with flies and deadly swarms of mosquitoes.
As a way to try and keep illness at bay, many laws and decrees were implemented in Germany to help with basic hygiene. One of them was that all food containers had to be covered, to keep flies and other bacteria out. This was when the iconic beer Stein mug was created.  ​
​This covered mug grew in popularity due to its necessity. Variations of the mug were made, the rich had ones made to show off their wealth, while the poor people had to get creative with the materials at hand.
For a while felt was being used as both a lid and a coaster. This was a terrible idea, the felt retained moisture becoming a breeding ground for bacteria.  ​
​As necessity waned the lid stuck around because drinkers noticed that the lid kept their beer cold, preserving its freshness and flavor. These days the only place you’ll find people drinking out of steins will be at a German style bar hall.
Patrons can purchase a stein that will be kept at the bar for their own personal use. Many people like collecting steins from their travels, you can find many souvenir steins that are specific to certain bars or places.

You can also find steins at Nostalgia! They might come in handy as this virus carries on! Come get yours today!  ​